Personal discovery on dyslexia may aid many 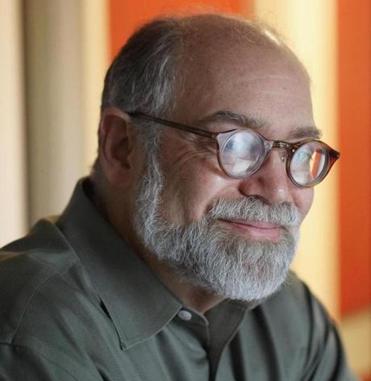 CAMBRIDGE — Astrophysicist Matthew Schneps was waiting at a bus stop, scanning a scientific paper he had downloaded onto his smartphone, when it dawned on him: he was reading with ease.That realization surprised Schneps, who has dyslexia, a learning disability that makes reading difficult. He had always felt comfortable in the lab, not the library.“Prior to that [moment], I hadn’t really been able to get through papers like that,” said Schneps, who directs a laboratory at the Harvard-Smithsonian Center for Astrophysics. “I would rely on what people would tell me about what was in them.”His bus stop epiphany led Schneps to wonder whether hand-held gadgets might be an effective reading platform for people with dyslexia. Now, eight years later, his research, which has shifted from studying stars, is beginning to show there may be some benefits. The timing couldn’t be better.

“I think there’s a great danger, because people are just handing kids or adults technology, and I think there needs to be a focus on how to best use the technology,” said Dr. Sally Shaywitz, codirector of the Yale Center for Dyslexia and Creativity, who praised efforts like Schneps’s to understand whether digital devices aid reading, and how. “It may be different for different groups of children. . . . It would be best if there was some guidance.”

Schneps will soon publish a study of high school students with dyslexia that found reading on the palm-sized screen of an iPod Touch reduced inefficiencies in the ways students’ eyes flitted across the page. The shorter lines on the screen made reading faster, without diminishing comprehension.

This summer, Schneps’s team is examining how people with and without dyslexia read, using eye tracking technology and a hairnet of electrical sensors to monitor brain activity. The hope is that the team will be able to discern whether there are subtle differences in the visual attention of the two groups that could help explain the apparent boost from reading on a small screen.

Estimates of how many people have dyslexia vary, but it is thought to affect between 5 and 17 percent of school-aged children, depending on the criteria used. Many researchers probe dyslexia’s roots in basic brain circuits and genes. The brain is most pliable and changeable early in childhood, so if scientists can figure out ways to detect a signature of dyslexia risk in very young children, it may be possible to develop interventions that are more effective.

But for the people who live with dyslexia, there’s a more immediate need to find solutions to help them read better now. Shaywitz said there is already a solid method of how to teach children with dyslexia to read, although the techniques are often underutilized by schools because they lack resources or fail to diagnose children early. For example, she said, drawing children’s attention to the sounds that make up words, teaching them how words rhyme, and repeatedly exposing children to letters and their corresponding sounds can be quite effective.

As a young scientist, Schneps inadvertently found a way to compensate for his reading struggles. He sought out research questions in small, cutting-edge corners of astrophysics, where there were relatively few other people working — and also few published papers he would have to read.

He began to realize that he was not completely alone; he had colleagues who were skilled physicists but struggled to read. There is some evidence that people with dyslexia have different visual learning abilities, allowing them to notice things more in the periphery of their vision. That sort of visual skill might make reading more difficult, but Schneps began to wonder whether it might be advantageous in science. His curiosity led him to set aside his research on star formation and the size of the galaxy.

At first, he studied the visual processing skills of people with dyslexia, and found that college students with the disability were better at learning where to find a target in a blurry picture than those without it, a skill that might be useful in careers such as radiology or astronomy that require visual abilities besides reading.

Now Schneps’s focus is on how technology could aid reading. On a recent weekday, Charlie Krampf, a recent graduate from the Landmark School in Beverly, which specializes in teaching children with language-based learning disabilities, donned a cap covered with electrodes that measured his brain activity as he read a story. As his eyes moved along, flashes appeared at different points in his peripheral vision. Researchers wanted to know whether the flash registered differently in his brain than in the brains of people without a learning disability. The results of the experiment could provide a clue about where people with dyslexia focus their attention while reading.

Krampf, who lives in Wenham and was diagnosed with dyslexia as a child, said he is not sure whether using gadgets will help him read. A few years ago, he said, he realized he found it easier to read text messages on a small screen, while longer lines were a struggle. But now he has found that the key for him to read — including novels by John Irving, one of his favorite authors — is to slow everything down so his mind and his eyes can stay in sync.

Teachers at the Landmark School, which has provided participants for Schneps’s studies, say that there is no shift toward reading on small screens based on these early results.

Shaywitz cautioned that the anecdotal experiences of people with dyslexia who have found ways to succeed can be inspiring, but need to be rigorously tested and understood before they are widely recommended.

Maryanne Wolf, a professor of child development at Tufts University, has been studying in typical readers how reading on a Kindle compares with a book. So far, she has found no difference, but she plans to examine deeper comprehension and hopes eventually to extend the study to people who struggle with reading.

“Technology can be a very useful tool, but you have to be aware of the possibility of it exaggerating the superficial, and not enhancing deeper concentrated reading,” Wolf said.

Meanwhile, as scientific investigation continues into which technologies could be helpful, and how, the immersion in cellphones and texting may already be having subtle effects on students. With the text message as the medium of teen life, students with dyslexia who might have traditionally found ways to avoid engaging with writing and reading outside school may now find it an inevitable part of their social fabric.

“You have the most dyslexic kids in the world here at Landmark, but they’re texting their life away,” said Joe Rose, who teaches social studies at the school. “They may be spelling words wrong or take a little longer to process, but it puts them in the ballgame unlike anything else before.”

Carolyn Y. Johnson can be reached at cjohnson@globe.com. Follow her on Twitter@carolynyjohnson.